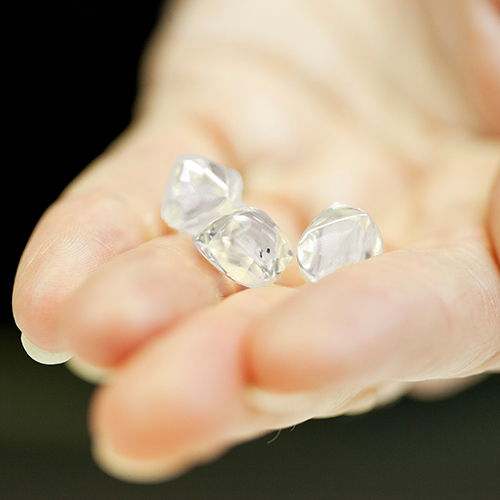 ‘August saw Belgium’s first increase in polished-diamond exports for 16 months, after a long period of inactivity led to a buildup in demand.

Polished shipments out of the country increased 6% year on year to $343.4 million, according to data the AWDC released the same day. Exports to the US surged 50% to $118.4 million, partly due to an increase in submissions to American grading laboratories, Rentmeesters explained. Orders from Hong Kong also rose, and more Antwerp businesses returned to rough trading despite the summer break.

The increase reflects the comparison with a weak August last year, when the industry suffered from an oversupply crisis. However, it also indicates an improvement following a 55% slump in polished exports for the first seven months of 2020 as the coronavirus froze retail demand and shut international shipping. Belgium hadn’t seen year-on-year growth in that category since April 2019, according to Rapaport records.

Meanwhile, the average price of polished exports rose 16% to $2,190 per carat in August, outweighing an 8% decline in the volume of shipments to 156,796 carats, as sales shifted to more valuable goods.

“Throughout the crisis, the one article that has performed well is the larger, higher-value stones,” Rentmeesters said, citing traders with whom she had spoken.’

Rough exports jumped 24% to $399.3 million as the local tender market burst back into life. Rough trading has strengthened since polished demand returned during the summer, while De Beers’ and Alrosa’s prices cuts at their August contract sales injected profitability into diamond manufacturing.

The victim of the midsummer recovery was the traditional summer vacation, which was busier than usual because of the opportunity for sales. August is often the weakest month of the year for polished and rough shipments.

“For the first time in the 11 years that I’ve worked at the AWDC, I’ve seen tenders going on in the summer recess, which was pretty much a holy thing and nobody worked,” Rentmeesters said. “There was definitely a significant portion of people that didn’t leave [for vacation] because they couldn’t travel, [and] to recuperate at least some of the business that was lost in the previous months.”