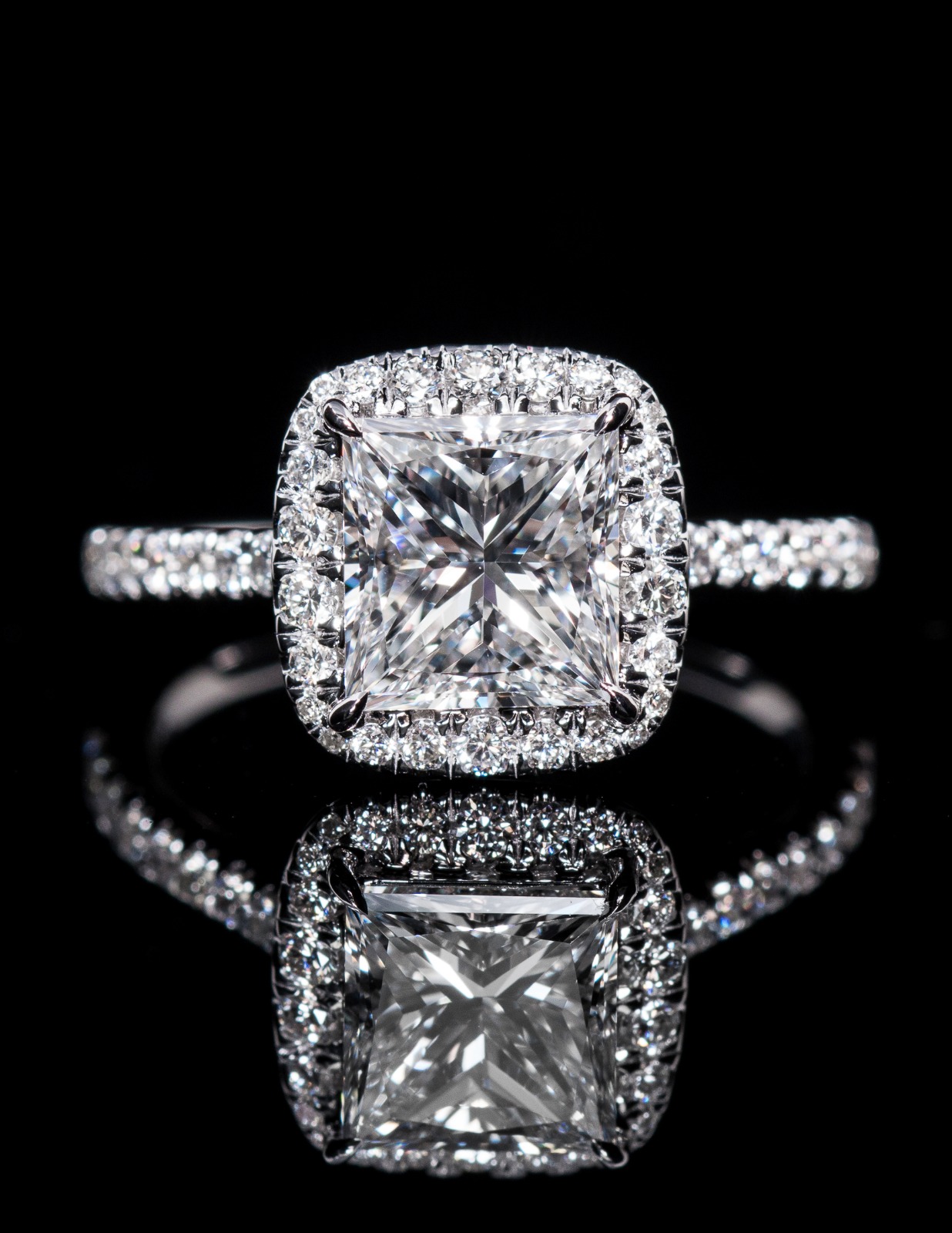 By Joshua Freedman
“RAPAPORT… What connects the engagements of actress Meghan Markle, model Emily Ratajkowski and singer Ariana Grande? One answer lies in the rings they received: All three featured fancy-cut diamonds. The UK’s Prince Harry gave Markle a cushion-shaped center stone when he proposed in 2017, while Ratajkowski showed off both a princess and a pear cut in 2018. Grande’s 2020 betrothal gift contained a large oval-shaped diamond next to a pearl.

It’s impossible to say whether the celebrities kicked off a trend or merely reflected one, but what’s certain is that fancy shapes have mushroomed in popularity in the past few years. The category is capturing more and more of the US bridal market, according to dealers.

Wholesale prices have grown, with the RapNet Diamond Index (RAPI™) for 1-carat pear shapes rising 11% for the 12 months that ended September 1. The index for princess cuts increased 7%. And while the RAPI for 1-carat rounds climbed by a more impressive 18% for those same 12 months as retail spending rebounded, the growth in fancies was not purely a case of riding the broader industry wave.

Fancies have swept the floor with rounds in the smaller sizes: The 0.30-carat index leaped 16% for pears and 10% for princesses during the period, compared with flat prices for rounds. In the 0.50-carat category, prices for pears soared 21%, princesses surged 18%, and rounds went up by a mere 5%.

The gap between rounds and fancies opened up mainly in the last four months, especially for pears. This has a lot to do with the trajectory of the post-pandemic recovery, says Nir Goldman, sales director at Israel-headquartered dealer Avlas Diamonds.

Initially, demand for rounds jumped after the 2020 Covid-19 crisis, prompting manufacturers to focus on that category in hopes of capitalizing on high polished prices, he explains. Fancies have since caught up, but supply is low because cutters weren’t producing them.

This, in turn, is pushing prices up, but the market has yet to reach “an equilibrium that will cause a better supply of fancies,” he says.

The leap in demand is partly a result of the US bridal market’s maturity, according to Nilesh Chhabria, chief operating officer at Mumbai-based manufacturer Finestar Jewellery & Diamonds. American brides have long accepted the concept of engagement rings and are now shifting away from round stones in favor of more distinctive options, he says.

“They’ve reached the level where they want to look different,” states Chhabria, citing Grande’s stone as an example of original design. Finestar has upped its focus on fancies in response to the demand, with the category now accounting for around 60% of its production, compared with just 5% in 2015.

Fancies also appeal to cost-conscious consumers, as they are cheaper per carat than rounds — largely because they can give the manufacturer a better yield on the rough. In addition, they have a better “spread”: The table looks bigger relative to the carat weight.

While fancies used to be duller than rounds because they possessed fewer facets, says Chhabria, cutters are fine-tuning the cut quality in an effort to make alternative stones look as beautiful as their round counterparts — a factor that is further boosting appetite.

“To make the diamond shine much better, [manufacturers] had to reinvent themselves,” he explains. “So the manufacturers, over a period of time, found ways to increase the fire and the luster of the diamond.”

For example, customers complained about a “crushed ice” look with some cushion cuts, Chhabria recalls. His company put research-and-development dollars into modifying the shape, resulting in a better make that achieved stronger sales. Other clients said they wanted cushion diamonds to be longer, so Finestar created an elongated version that’s now “being sold like hotcakes,” he reports.

In ovals, a common issue is how to avoid the bow-tie effect — a dark section in the middle of the stone. The company has worked to curb this effect as much as possible by adjusting the cut.

The emergence of large Indian manufacturers has further affected the fancy-cut scene. Smaller companies have had to work with the material at hand, “forcing” their desired shapes into the rough, Chhabria explains. However, larger companies that buy rough in high volumes have the luxury of determining the ideal polished for a given stone.

“Nowadays, you can see many, many more flawlesses in the [fancies] market, which was rare, say, five, 10 years ago,” says Goldman, whose company specializes in fancy shapes of F color and VS clarity or better. “And you can see much more XXs” — the term for diamonds with an “excellent” score for both polish and symmetry.

Previously, every retailer had clear requirements for the rounds they’d buy, but they tended to choose fancies based on appearance, he explains.

“Now I’m seeing specs [for fancies]. People are realizing that there is a vast difference between a well-made and poorly made [stone]. So what you’re seeing now is price appreciation, because if you want an XX or if you want [the best] ratio for an oval, you have to pay for it.”

This trend has been visible since economic activity resumed last year, he reports. With inventory levels down after the virus-induced slump, jewelers came back eager to restock and ensure they were carrying what clients wanted.

“Together with the reopening of the diamond business came the demand for nicer fancies,” he says, noting especially strong appetite for cushions, ovals and princesses.

The next step for growth is in Asia, where the overwhelming preference is still for rounds. That contrasts with the US, where dealers estimate that fancies constitute around half of the bridal market.

“There’s going to be [more] awareness about fancies [in the Far East] because the Chinese have always seen Americans as their role models,” says Digesh Shroff, senior sales executive at Indian manufacturer Venus Jewel. Non-rounds represent some 65% to 70% of Venus’s total output; at most companies, it’s roughly the opposite.

“So whatever happens in America first, sooner or later we see China also adopting the same,” Shroff asserts.

This presents significant prospects for dealers, according to Hasenfeld. “There’s a tremendous amount of white space there, ready to be occupied by good fancies. It’s slowly, slowly starting to come in there. I’m starting to sell cushions [and] princess cuts in the Far East. I think the opportunity for growth of fancies in the Far East particularly is enormous.” ”